Rick Lupert’s 25th collection of poems and latest travelogue, written in Japan while visiting Tokyo, Kyoto, and Hiroshima, follows in the footsteps of Richard Brautigan and is loosely inspired by his title The Tokyo-Montana Express. Follow Lupert through Japan with his signature wit and poet’s eye as your guide, as he stands in the mysterious “stick line”, as indescribable food is put in his mouth (and described anyway), as a monkey crawls on his head, as Hiroshima looms at the end of it all.

“His poems are funny, moving, insightful, and full of a traveler’s wonder and bemusement.” –Ianthe Brautigan

Click here to read poems from The Tokyo-Van Nuys Express 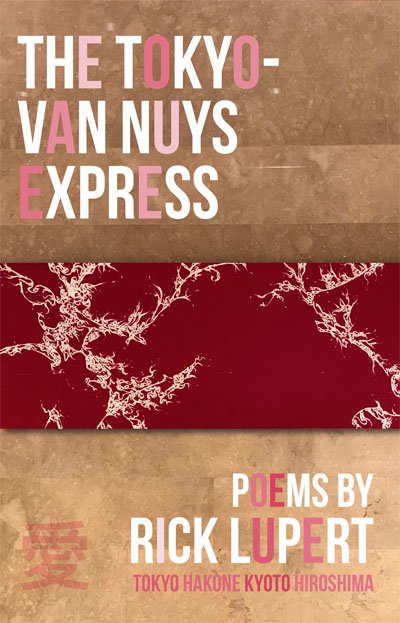