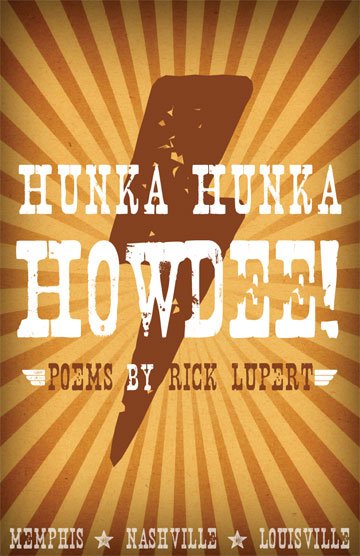 Rick Lupert’s 23rd collection of poems and latest travelogue written on the go in Memphis, Nashville, and Louisville. Two music cities, the birthplace of rock and Roll, Martin Luther King’s final steps and barrels full of bourbon are no escape from Lupert’s keen poetic eye and wit.”The best of these poems come close enough to being both seductive satire and genuinely sentimental encounters that you will want to linger with their wit…Lupert’s deftly sketched poems will help you keep “one foot each on and off / the beaten path” of skeptical wonder at the world’s on-going peculiarities.”

–Bill Mohr, author of The Headwaters of Nirvana,
and HOLDOUTS: The Los Angeles Poetry Renaissance 1948-1992

“Being a Memphian I was particularly enthralled by how much of my city he captures in his short, beguiling lines. This delightful collection is a trip with such a charming guide you’ll want to take it over and over.”