Stitches and Scars by Rolland Vasin

Rolland Vasin (aka Vachine) , a third generation American writer of Romanian decent, was born into a literary family. His grandfather, John, a poet(unpublished), father, Ray, a newspaper reporter and editor, and dabbler in fiction(unpublished), and mother, Betty, the owner of Alphabooks, a retail rare and used book store, all with working-class occupations, had a strong sense of social justice and did not own a TV set until the 1960s. At dinner they debated the merits of political stories of the day from such as the Los Angeles Daily news and Nation magazine among many other sources. A family of American Patriots, all men served respective duty in the U.S. Navy during World War II, Korea, and Vietnam. A former Naval Officer Rolland returned from Vietnam to Graduate school and pursued a career as an external auditor in International and Local Accounting Firms. After a series of life-changing events he shifted focus to serving the Accountability needs of child and family-related not-for-profit organizations and embarked on a path of self-expression which passed through phases of Stand-up Comedy, Improvisational Theater, and Performance Poetry. Winning 3rd place in The Laugh Factory’s contest for the Funniest CPA in LA, Rolland’s poetry has appeared in numerous anthologies, as well as reading Open Mics from Cambridge MA to Big Sur CA. Out of these adventures arose the late-life desire to share his work with wider audiences from which arose this first book, Stitches & Scars, a chronology of experiences in war, love, and social justice advocacy. Published at Rolland’s age of 75 years to also honor the contributions of his family to the literary community.. A resident of Santa Monica, Rolland enjoys family gatherings with his two children and his grandsons. He plays the guitar, banjo, ukulele, and harmonica, but not all at the same time. 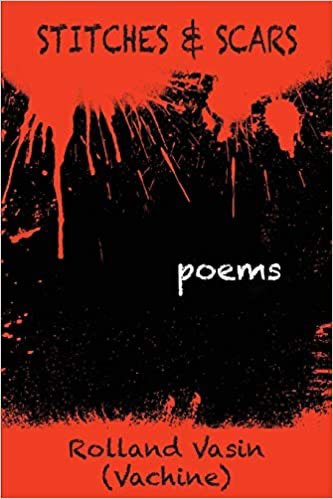 Those Who Keep Arriving by Julie Danho

Poetry. Women’s Studies. “In Julie Danho’s THOSE WHO KEEP ARRIVING, the personal is political and the political is terrifying. Danho faces this terror and transcends it to make stunning poems about creating a home and family. She often employs the ekphrasis mode, seeing well-known visual pieces anew, using them as vehicles for exploration. She also writes her own character studies in American Landscape and other forms. In ‘Abstraction,’ a sonogram is imagined as art on a wall called ‘Moon, Clouds, / Volcano Taken From Above.’ The glittering surfaces of her elegant poems are as fascinating as their substance.”–Denise Duhamel 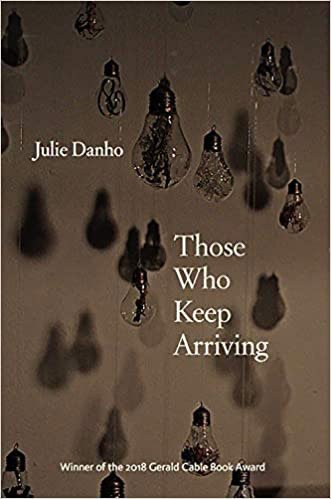 Described by Robert Hass as “unquestionably one of the great living European poets” and by Charles Simic as “one of the finest poets living today,” Szymborska mesmerizes her readers with poetry that captivates their minds and captures their hearts. This is the book that her many fans have been anxiously awaiting-the definitive, complete collection of poetry by the Nobel Prize-winning poet, including 164 poems in all, as well as the full text of her Nobel acceptance speech of December 7, 1996, in Stockholm. Beautifully translated by Stanislaw Bara«nczak and Clare Cavanagh, who won a 1996 PEN Translation Prize for their work, this volume is a must-have for all readers of poetry. 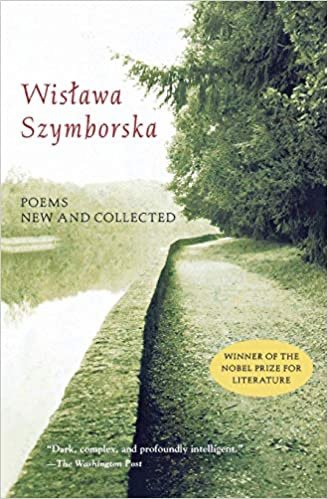 Ron Koertge’s Yellow Moving Van is a collection of relaxed and buoyant and sometimes very funny poems that address Desi & Lucy with the same courtesy as Walt Whitman. The author celebrates his roots in the Mid-West and a few pages later stops off in Transylvania. These poems like to sometimes embrace and sometimes confound expectations, and they all stand together as enemies of the murky and pompous. There is apparently no subject—Prometheus, a fifty foot woman, or Death himself—that is unwilling to fall under his spell.

“In the funhouse world of Ron Koertge, Mary’s halo is as big as an inner tube, Mrs. Death fills in for her dreaded husband, and it takes a whole day and a half to build Rome. These new poems will entertain you so well, you might not even notice how the poet is issuing everywhere little appeals to your heart.” —Billy Collins 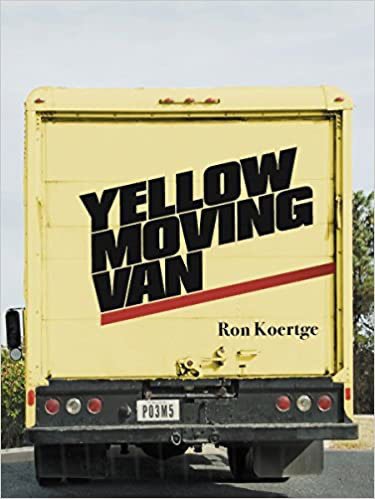 “Reading SPEAKING PARTS, I’m reminded of Marlon Brando’s response to the praise lavished on his (arguably spectacular) acting skills: ‘Everybody acts, ‘ he’d shrug. Precisely! In Beth Ruscio’s ingenious, turn-on-a-dime poems, performance is all. There is no ‘true’ self for her speaker to uncover, and no canned epiphanies for readers, either. There are only the unsparing imperatives of improvisation-timing, cunning, abandon, ruse. Each moment’s desire met and then deflected. What does it take to play our/selves? Everything.”

-Dorothy Barresi, author of WHAT WE DID WHILE WE MADE MORE GUNS 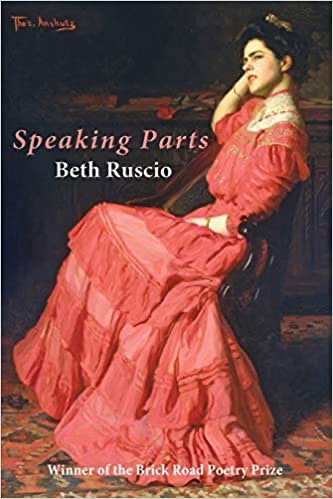 A Foreigner, Wherever I Go by Jon Wesick

A Foreigner, Wherever I Go takes the reader across and around the globe with humor and sincere devotion to exploring the character and personalities of the cultures encountered. Many of these poems, written by a young man traveling extensively for the first time, have an air of naiveté that offers a refreshing vision at a time when the world’s dissimilar cultures, although seeming accessible, regain much of their unique mystery in these intimate quotidian rendezvouses. ~ Roger Apion, Editor: Waymark 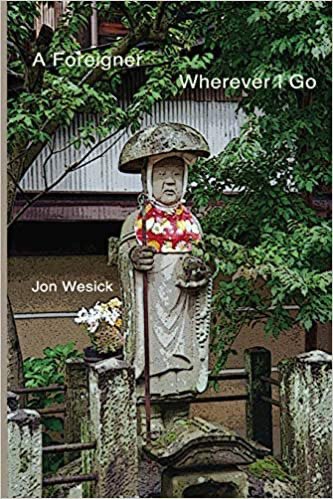 Poetry. Art. “This collection is obsessed with the miracle of words and the mouths that say them, the bodies that carry them out and back in, deliciously, deliriously. FOOTNOTE reminds us that the act of saying is something we may never fully understand–and that is cause for whirling joy.”–Chen Chen 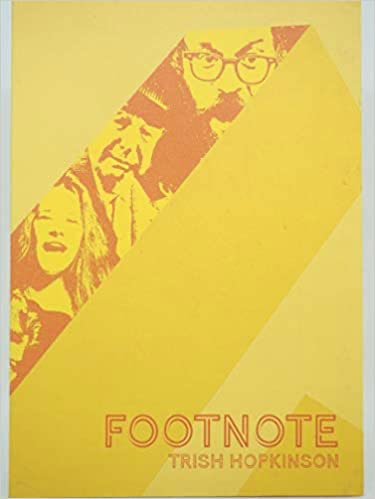 Billy Collins’s new collection brings together more than fifty poems and showcases his deft mixing of the playful and the serious that has made him one of our country’s most celebrated and widely read poets. Here are poems that leap with whimsy and imagination, yet stay grounded in the familiar, common things of everyday experience. Collins takes us for a walk with an impossibly ancient dog, discovers the original way to eat a banana, meets an Irish spider, and even invites us to his own funeral. Sensitive to the wonders of being alive as well as the thrill of mortality, Whale Day builds on and amplifies Collins’s reputation as one of America’s most interesting and durable poets. 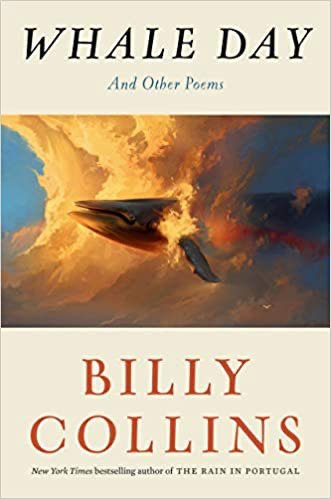 A relatively unhinged mashup of standup comedy, absurdist poetry and Dadaist nonsense, Comedy Album delivers a blast of humor without the aural distraction (which would also be a great name for a band.). Author Dan Hendrickson says, “Comedy is all about timing. And while some people might say now is the perfect time for such an offering, others would be quick to say, ‘No, Dan, that’s a really terrible idea.’ Those two points of view and where I’m at form a nearly perfect triangle.” 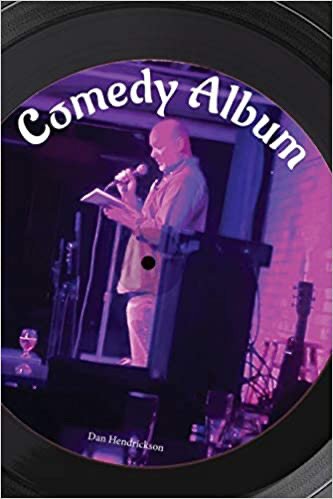 “From floating lanterns at Hiroshima to the unstoppable petal storm of cherry blossoms, Mariko Kitakubo’s vivid imagery tugs at the full range of our emotions-from the horror of war to the joy of a new love, from redwood forests to dreams of Betegeuse, Indigo is a highly recommended journey you will never forget.” —Deborah P Kolodji, California Regional Coordinator, Haiku Society of America 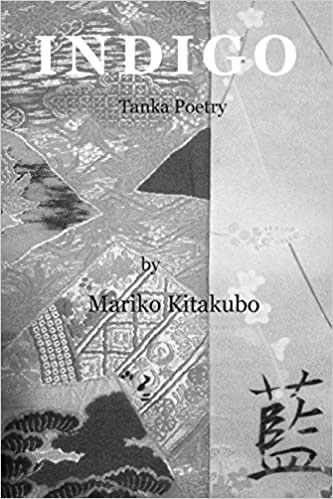 “Matt Sedillo’s poetic work is full of history, struggle, tragedy, anger, joy, despair, possibility and faith inthe struggles of working class people to overcome the forces of capitalism and racism. If PatriceLumumba, Rosa Luxembourg, Emiliano Zapata and Ella Baker were alive today, they would all be readingand sharing Matt Sedillo’s work with their comrades in service of organizing the next revolution. He istruly the poet laureate of struggle.” – Paul Ortiz, Author of Emancipation Betrayed and Director of theSamuel Proctor Oral History Program 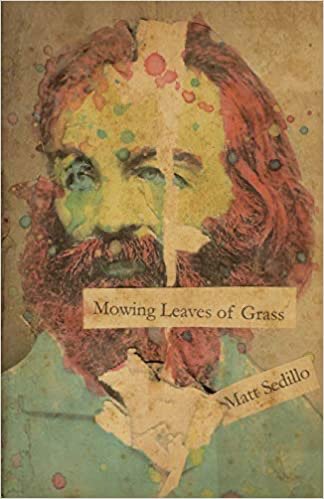 What Luck by Suzanne O’Connell 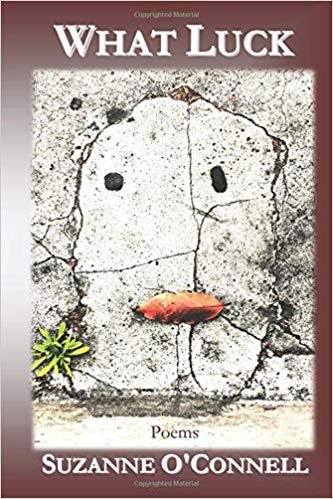 Coffee House Confessions is a collection of poems written in and about coffee houses throughout the world.

“I know no one else who manages to combine quantity of poems with quality the way Ellaraine Lockie does. She is a font of creative ideas and brings the ultimate in craft and experience to the realizing of those products of inspiration, observation, and research. I admire her work immensely.” GERALD LOCKLIN, Professor Emiritus of English at California State University, Long Beach 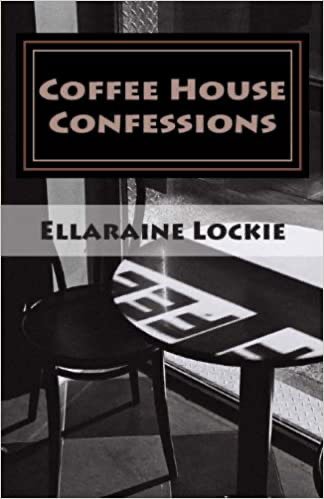 The Weary Blues by Langston Hughes

Nearly ninety years after its first publication, this celebratory edition of The Weary Blues reminds us of the stunning achievement of Langston Hughes, who was just twenty-four at its first appearance. Beginning with the opening “Proem” (prologue poem)—“I am a Negro: / Black as the night is black, / Black like the depths of my Africa”—Hughes spoke directly, intimately, and powerfully of the experiences of African Americans at a time when their voices were newly being heard in our literature. As the legendary Carl Van Vechten wrote in a brief introduction to the original 1926 edition, “His cabaret songs throb with the true jazz rhythm; his sea-pieces ache with a calm, melancholy lyricism; he cries bitterly from the heart of his race. 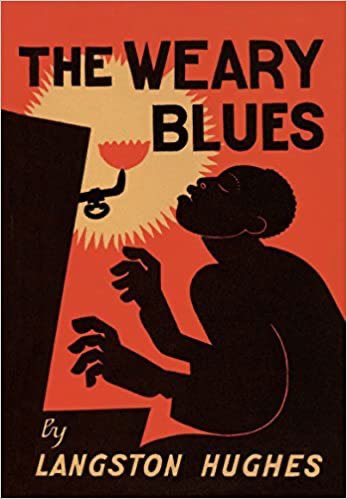 Founded in 2009, the Second Sunday Poetry Series has become one of the leading poetry events in the Los Angeles area. This anthology collects 54 of the more than 100 poets who have appeared over the last ten years–from L.A.’s unofficial poet laureate, Brendan Constantine, to the spiritual and complex Meg Day, to the late Nita Donovan, converted from a Stepford Wife to published poet and spoken-word artist. This is an indispensable cross section of the poetry scene in L.A. in the second decade of the 21st Century. 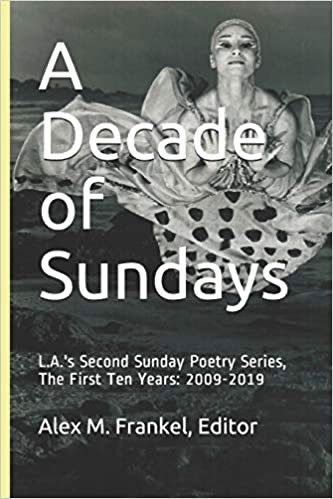 Holiday in the Islands of Grief: Poems (Pitt Poetry Series) by Jeffrey McDaniel

In his new collection, Jeffrey McDaniel confronts the insular and expansive qualities of loss. With electric language and surrealistic imagery, McDaniel’s poems deliver the quotidian elements of middle-age life while weaving us in & out of childhood and adulthood alongside body and mind. The tragic and life affirming share the same page and the same world, reminding us how close corruption can be to innocence; domesticity to fantasy; aging to youth. 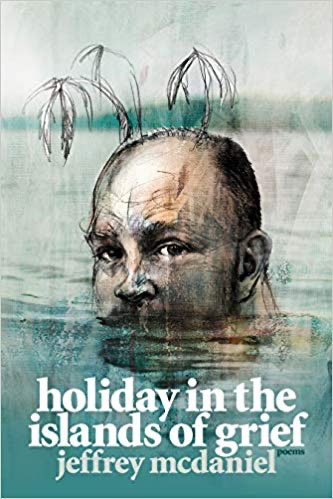 In these poems, the joys and struggles of the everyday are played against the grinding politics of being human. Beginning in a hotel room in the dark of a distant city, we travel through history and follow the memory of the Trail of Tears from the bend in the Tallapoosa River to a place near the Arkansas River. Stomp dance songs, blues, and jazz ballads echo throughout. Lost ancestors are recalled. Resilient songs are born, even as they grieve the loss of their country. Called a “magician and a master” (San Francisco Chronicle), Joy Harjo is at the top of her form in Conflict Resolution for Holy Beings. 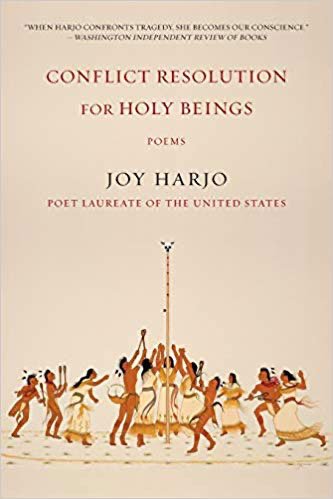