I Never Saw Another Butterfly: Children’s Drawings and Poems from the Terezin Concentration Camp, 1942-1944 edited by Hana Volavkova

Fifteen thousand children under the age of fifteen passed through the Terezin Concentration Camp. Fewer than 100 survived. In these poems and pictures drawn by the young inmates, we see the daily misery of these uprooted children, as well as their hopes and fears, their courage and optimism. 60 color illustrations. 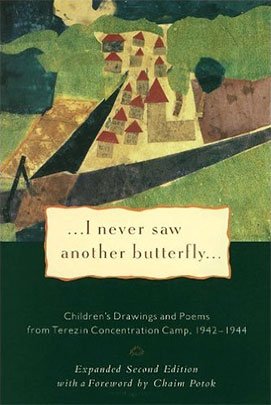 The only known collection of its kind currently in print, this important volume includes the work of 59 poets–among them Auden, Brecht, Celan, Jarrell, Levi, Milosz, Plath, Sexton, Spender, Wiesel, and Yevtushenko–writing on a range of subjects that are indelibly linked with the Holocaust. Collecting 119 poems in all, Holocaust Poetry commemorates the sanctity of those who died–both Jews and non-Jews–as a result of this unimaginably horrible crime. Yet Schiff’s anthology is also a solemn affirmation of humanity’s survival, for it pays homage to the past while also attesting to the often brutal struggles that we as a species still face in this world, day in and day out. Also preserved here are poems written by those who themselves perished in the Shoah, the final testaments and eternal lessons of unknown soldiers, unheralded heroes, unsilenced voices. 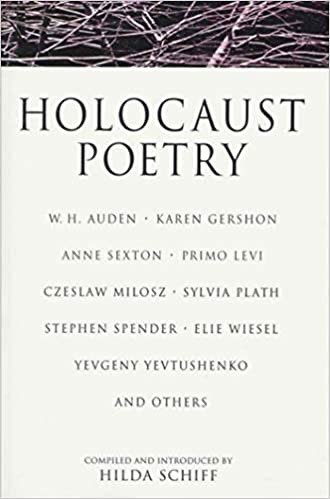 Art from the Ashes: A Holocaust Anthology by Lawrence L. Langer

Art from the Ashes provides the most far-reaching collection of art, drama, poetry, and prose about the Holocaust ever presented in a single volume. Through the works of men and women, Jews and non-Jews, this anthology offers a vision of the human reality of the catastrophe. Essays by familiar writers like Primo Levi and Elie Wiesel accompany lesser-known efforts by Yankiel Wiernik and Frantisek Kraus; stories by Tadeusz Borowski and Ida Fink join fiction by neglected authors such as Isaiah Spiegel and Adolf Rudnicki; and extensive selections have been chosen from the works of six poets–the renowned Paul Celan, Nelly Sachs, and Abraham Sutzkever among them. Each selection (except for self-contained excerpts from ghetto journals and diaries) appears here in its complete form. Langer also includes in their entirety a novel by Aharon Appelfeld, a novella by Pierre Gascar, and Joshua Sobol’s controversial drama Ghetto. In addition, this volume features a visual essay in the form of reproductions of twenty works of art created in the Terezin concentration camp. 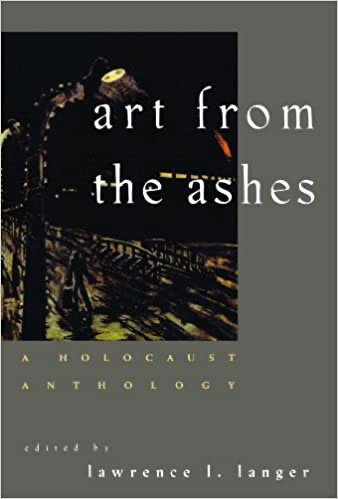 Poems of the Holocaust by Cecilie Klein

Poems of the Holocaust is a sensitive reflection through poetry of the savagery and inhumanity of the Holocaust, and a determined faith in humankind. Cecil Klein, the author, wrote, “My poems are a Eulogy to our loved ones, and to all the millions that were so ruthlessly and senselessly killed. Those who have the audacity to deny the atrocities committed against the six million Jews, those are the people who would not hesitate to continue in Hitler’s footsteps if they had the power. We, the survivors, are the very proof to their lies, we are the witnesses to those horrible deeds committed by a so-called ‘cultured people’ whose tortures surpassed those of the Middle Ages” Dedicated to my family and the six million martyrs” 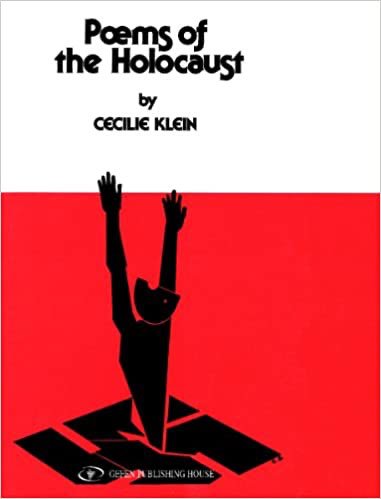